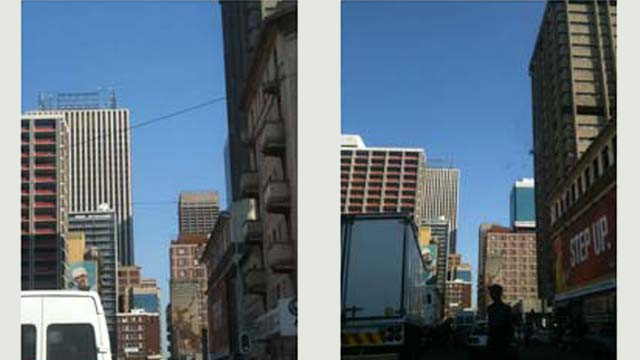 The city of Johannesburg is shaped by imaginaries of the elsewhere, particularly western cities, but not only. This is visible in the architecture, in the skyline, but also in the vegetation. When you walk or drive downtown for instance, you often feel you are in London, NYC, but also Maputo, etc. The suburbs refer to San Francisco, especially via the presence of imported palm trees who are everywhere now. During Play>Urban 2012, with Natasha Christopher and Marielle Agboton, we take pictures ‘as if’ we were in London, Montreal, NYC, San Francisco, Maputo, Rotterdam, etc.

Published in Play>Urban, a book about the Play>Urban residency in Johannesburg 2012.