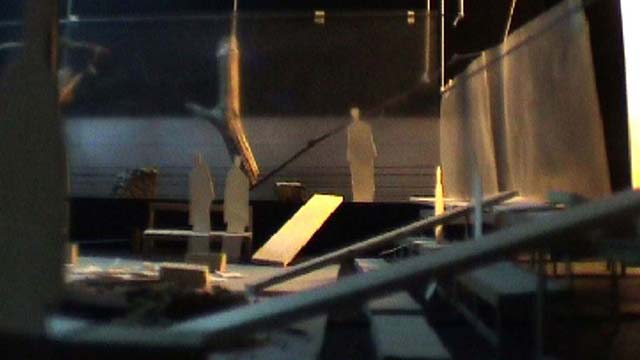 For this second project based on the epics of Gilgamesh, the spatial focus is quite similar, how to stage a landscape. Not only from outside, as a picture, but also from inside. Two audience spaces are on the stage on both sides of the central square. All around there is a path made of planks and tables. The backstage is an horizon. The space is occupied by a multiplicity of elements, signs, objects, materials (bricks, earth, daylife objects…). The research process was particularly significant, with various versions of the space, trying to push visually these ideas of complexity and of landscape. Trying also to blur the visibility.

François Abou Salem passed away in Jerusalem in october 2011.