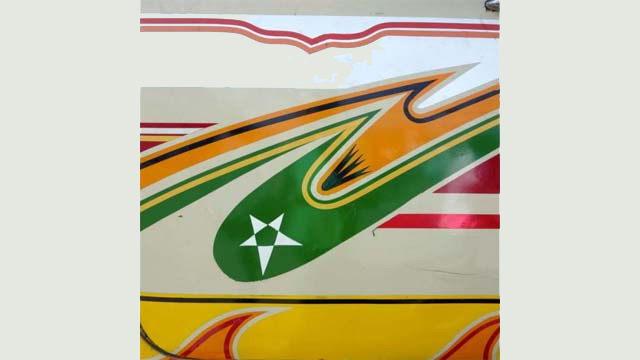 It starts with busses and trucks. A kind of existing, real and moving, urban utopia in the city, coming from people’s practices. I consider these busses not as a cultural [exotic…] object but as a conceptual dispositif. The abstract dimension of the picture shift their scale and suggest an urban becoming [in a deleuzian meaning], an idea of a city designed by inhabitants.

At the same period, I hear about the ‘goudou goudou du gouvernement’ [goudou goudou in Creole means earthquake]. The government, in order to ‘rebuild’ the city centre after the 2010 earthquake, destroyed an old area, one morning. Since then, nothing. The new urban project is a large avenue with palm trees and the images show people in costume walking in a modern city. In the ruins, I focus on the remains, the visible signs of people’s life. I remove the rubbles from the images. Some people haunt the area, some still live here, or put into order some documents.