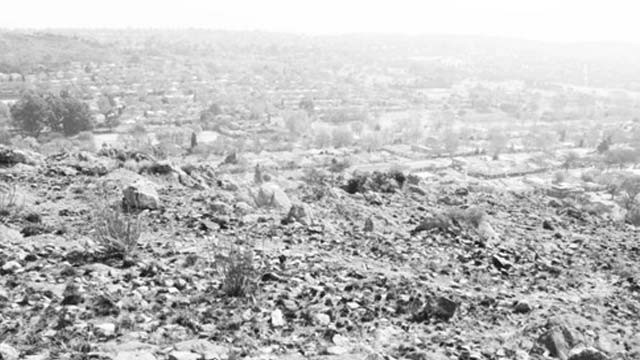 The Koppies seem to be a backspace in the city of Johannesburg, little hills in the urban plain, literally little heads [in Afrikaans]. But they are the city, in the middle of the city. A lot happens there, multiples practices from informal, elusive – sleep, rubbishes, sex, murders [see the Marikana events]… , to ‘public’ – run, dogs walk, picnic, pray… They are a space to breathe – rules seem more flexible -, a mix of landscape and urban space, of a park and an abandoned area, the back of an industrial space, of a gated community. But in Jo’burg, the backspace is often the front space. Public space is often private and vice versa; for instance the rooftops are often more practiced as ‘common space’ than the streets. Staircases look like a packed street when the street is empty, or full of fences. These questions of what is a public sphere and for who, how it is practiced by people, are intensively at work there.

Where is the common in such a city ? Where are people’s practices? How do they shape, occupy the city?

See: the project for an installation [during the Play>Urban residency in Joburg 2012].

The pictures [110x84cm, various supports according to contexts]: